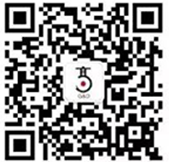 The Law Firm's General Meeting of Jiangsu Xingao: Implement the spirit of the important speech of Minister Fu Zhenghua of the Ministry of Justice

On November 19, 2019, Jiangsu Xingao's law firm held a conference of Xingao's office in the conference room of the Hexi Office. The spirit of Minister Fu Zhenghua's important speech in Xingao's office was conveyed and implemented. The meeting was chaired by Mr. Song Hui, Secretary of the Party Committee.

Director Guo Shaowei eloquently showed everyone the scenes of Minister Fu Zhenghua in the reception work, and emphasized the encouragement and encouragement made by Minister Fu Zhenghua for the establishment of the firm. During the symposium with Minister Fu Zhenghua, President Xue Jimin reported to Minister Fu Zhenghua on the development results of the "Red Gene" and "Science and Technology Innovation" of Xin Gao's office, and introduced the design of Xin Gao's wisdom legal industrial park to Minister Fu Zhenghua. With the planning, Minister Fu Zhenghua was highly affirmed. At the same time, Minister Fu Zhenghua also kindly stated that Xin Gao's position as his party building contact point was a bit late. At the enthusiastic invitation of Xin Gao's office, Minister Fu Zhenghua also said that he would visit Xin Gao's office again after the Law Park was put into use. Actively participate in legal aid services for their contributions and highly commend, and instruct the firm to always take the "red gene" as the political direction of law firm construction, adhere to the "going out" law firm development strategy, and strive to give national lawyers, national law Be a role model, be a role model, and take the lead. During the reception, Director Guo Shaowei also briefed Vice Governor Liu Ye and Deputy Mayor Sun Jianyou about the training of public lawyers of Jiangsu Provincial Public Security Department and Nanjing Public Security Bureau at the New High School. Vice Governor Liu Ye and Sun Jianyou The deputy mayor expressed his high affirmation of the support provided by Xin Gao for the work of the public security system, and hoped that the two sides would expand exchanges and improve the practical ability of public lawyers.

Attorney Guo Shaowei, the director of Jiangsu Xingao's law firm, expressed his sincere gratitude to all colleagues who participated in the reception, and praised Mr. Chi Guirong, Deputy Secretary of the Party Committee of Xingao, for his outstanding contributions during the reception and at the same time Chairman of the New High Institute, Xue Jimin, took part in the reception with illness to express his high respect, and called on all colleagues in the Institute to take them as an example and actively participate in the development of the New High Institute.
Director Guo Shaowei introduced the preparation of the new high-level legal park to all colleagues in this conference. The goal is to build a smart park of science and technology plus law. By looking forward to the broad prospects of the law firm's development with all colleagues, encourage all colleagues in the firm to actively participate The construction of industrial parks together pursue a new height of career development.
Encouraging and full of confidence, the colleagues of the whole firm said that they would continue to make their own contributions to the development of the new high-level firm. The conference ended successfully with the warm applause of all colleagues in the firm.
Previous article:
无
无
Next article: